Lunar Eclipse/Winter Solstice –The View From My Backyard (Michigan)

Here are a few pics I caught with my Canon Rebel T2i. If I had known such an eclipse was coming I would have invested in the telephoto lens. These were just caught with my 18-55mm.  I was lucky enough the kids stayed in bed. I was up until 3:17am hoping to catch the “Red” color but alas it was not meant to be. Clouds moved in and the only thing that was visible was a red tinted sky. *sigh*  I’d say maybe next time but it’s highly unlikely I’ll still be alive the next time this special occasion comes along. Unless of course I find the fountain of youth 🙂

Were you able to see the eclipse where you were? 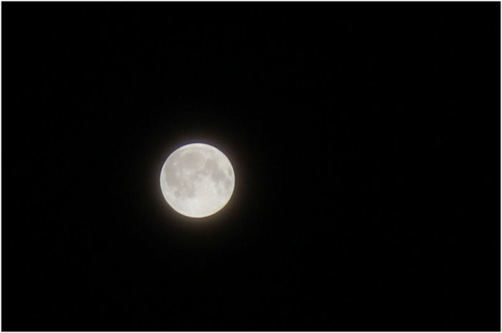 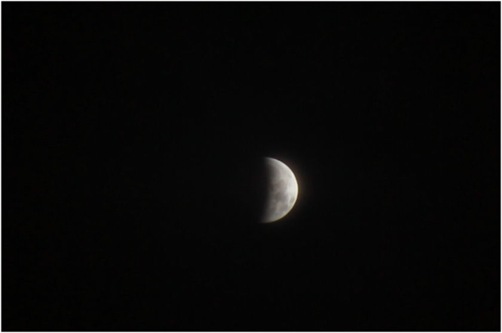 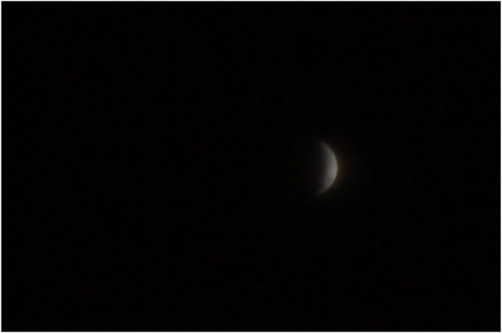