This post brought to you by PBM Products. All opinions are 100% mine. 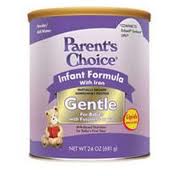 Due to a variety of circumstances, including Dr. recommended supplementing,  when my oldest son was only 6 months old he weaned himself. Within the next couple of months he was eating more than 10 cans of formula a month! That’s when I discovered Parent’s Choice Formula at Wal-Mart. Of course I was skeptical at first but after a ton of research I realized It was a fraction of the price and had the same ingredients. If it hadn’t been for Parent’s Choice I think my son would have ate us out of house and home. Today he’s a happy, healthy, 3 year old.

I bet you didn’t know that Parent’s Choice infant formula has been around for 13 years did you?  They’ve been helping write the earliest chapters in millions of success stories by allowing parents to provide their children with outstanding nutrition at affordable prices, and now the folks at Parent’s Choice will help one student and one family write another important chapter with the launch of the Parent’s Choice Infant Formula Savings Sweepstakes.  Here’s the info you need to know:

The Parent’s Choice Infant Formula Sweepstakes was officially launched  June 15th, and will run through 11:59 p.m. on August 1, 2011.

One lucky winner will get a $10,000 college scholarship in the form of a College Savings 529 Plan.

More information, rules and an entry form is available at http://parentschoicesweepstakes.listrak.com/