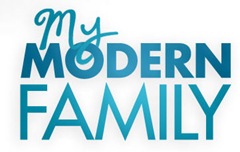 A major television network is seeking the nation’s most entertaining, MULTI-GENERATIONAL and/or EXTENDED MULTI-CULTURAL families.

Over the years, TV has brought us different examples of family. Leave it to Beaver, The Brady Bunch, All in the Family, The Cosby Show and now Modern Family; they redefined stories of the American family. Isn’t it time TV represented a real American modern family?

“My ideal family will be a cast of characters that live near one another who regularly get together for Sunday dinners, BBQs, and birthdays. The kind of family everyone wants to spend time with because they are the most outrageous and fun”– Doron Ofir, Executive Casting Director.

We are seeking diverse families with an array of dynamic personalities, real drama, and a penchant for hilarious comic relief. Despite the dynamics, differences and dramas, love and acceptance conquer all in the true definition of a real modern family, just like the Keatons, the Seavers, the Ricardos, the Tanners, the Huxtables, or even the Addams.

Is your family’s last name the next great television sensation?

Casting applications can be found at: