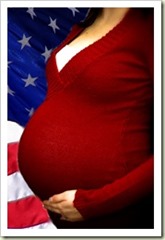 Washington, D.C. – Today, Senators Bob Casey (D-PA) and Jeanne Shaheen (D-NH) in the Senate, and Representatives Jerrold Nadler (D-NY), Carolyn Maloney (D-NY), Jackie Speier (D-CA), Susan Davis (D-CA) and Marcia Fudge (D-OH) in the House, joined by the leaders of women’s advocacy organizations, unions, and business groups from across the nation, introduced critical legislation – the Pregnant Workers Fairness Act – to ensure that pregnant women are not forced out of jobs unnecessarily or denied reasonable job modifications that would allow them to continue working. Currently, pregnant working women around the country are being denied simple adjustments – permission to use a stool while working a cash register, or to carry a bottle of water to stay hydrated, or temporary reassignment to lighter duty tasks – that would keep them working and supporting their families while maintaining healthy pregnancies. The legislation will close legal loopholes and ensure that pregnant women are treated fairly on the job.

In recent and startling examples, Amy Crosby, a hospital cleaner in Tallahassee, Florida, was forced into unpaid leave from her job when the hospital refused to accommodate her doctor’s request that she not lift more than 20 pounds because of her pregnancy; Heather Wiseman, a retail worker in Salina, Kansas, was fired because she needed to carry a water bottle to stay hydrated and prevent bladder infections; and Victoria Serednyj, an activity director at a nursing home in Valparaiso, Indiana, was terminated because she required help with some physically strenuous aspects of her job to prevent having another miscarriage. For the well-being of pregnant workers, and for the sake of the economic stability of American families, our laws must be updated and clarified.

Some states have passed laws like the Pregnant Workers Fairness Act to ensure that pregnant workers have on-the-job protections. In those states – Alaska, California, Connecticut, Louisiana, Hawaii, Illinois, Texas, and soon Maryland – pregnant workers already have the peace of mind they deserve.

The federal legislation has the support of a broad coalition of civil rights and women’s advocacy organizations, unions, and business associations, including: A Better Balance; the AFL-CIO; the American Association of University Women; the American Civil Liberties Union; the American Congress of Obstetricians and Gynecologists; California Women’s Law Center; Equal Rights Advocates; Hadassah; the Leadership Conference on Civil and Human Rights; Legal Aid Society-Employment Law Center; Legal Momentum; the Main Street Alliance; the National Partnership for Women & Families; the National Organization for Women Foundation; the National Women’s Law Center; and many others.

“Pregnant workers face discrimination in the workplace every day, which is an inexcusable detriment to women and working families in Pennsylvania and across the country,” said Senator Casey. “This bill will finally extend fairness to pregnant women so that they can continue to contribute to a productive economy while progressing through pregnancy in good health.”

“It is unconscionable that pregnant women are not fully protected on the job,” said Congressman Jerry Nadler. “When American families are struggling to make ends meet, we must do everything we can to keep people in their jobs and prevent families from falling through the cracks. Ensuring that a pregnant woman can receive minor and reasonable job accommodations to maintain a healthy pregnancy should be a no-brainer. The Pregnant Workers Fairness Act is an essential clarification of our laws that underscores our society’s support for pregnant women and their families.”

“With the Pregnant Workers Fairness Act, women will get the reasonable protections they deserve while being able to continue working with a healthy pregnancy,” Senator Jeanne Shaheen said. “Women are a critical part of our workforce and we should do everything we can to support the expecting mothers who are working to provide for their families and contributing to the economy.”

“Working mothers-to-be must be treated fairly and without prejudice by employers,” Congresswoman Carolyn Maloney said. “With Mothers Day fresh in our minds, true family-friendly policies should be easy to accomplish – but sadly that is not true. ‘Maternal Profiling’ should be against the law, and under the Pregnant Workers Fairness Act it will be.”

“Women are not disposable workers who can be cast off if, and when, they are pregnant,” said Congresswoman Jackie Speier. “Welcoming women in the workforce also means women who are pregnant. They deserve the same treatment as any other employee who is in need of a temporary accommodation. I served in the California State Assembly during both of my pregnancies and understand the challenges that working women are confronted with during those nine months. In addition to the regular stresses that come with carrying a child, working women should not also fear losing their paycheck.”

“With more and more women working while pregnant, we need to make sure that their employers provide them the reasonable and necessary accommodations they need (such as access to water) to ensure a safe and healthy pregnancy,” said Congresswoman Susan Davis. “It is unfortunate that Congress needs to even address this issue since any sensible person would consider it inconceivable to fire a pregnant woman for trying to care for the health of herself and her baby.”

“Women make up nearly half of the American workforce and their salaries are critical to their families’ economic security,” said Congresswoman Marcia Fudge. “Reasonable accommodations enable pregnant women to remain productive workers. I’m proud to co-sponsor this legislation because workplace fairness is good for families, good for the economy, and good for our nation.”

“In a country that values family and fairness, having a baby should not mean losing a job and jeopardizing family financial stability,” said Debra L. Ness, president of the National Partnership for Women & Families. “The Pregnant Workers Fairness Act is balanced, reasonable and badly needed legislation that would combat this blatant discrimination, which costs women and their families terribly. We thank Senators Casey and Shaheen and Representatives Nadler, Maloney, Speier, Davis and Fudge for championing this bill, and call on all members of Congress to prioritize equality for pregnant workers.”

“The Pregnant Workers Fairness Act is consistent with the Main Street Alliance’s commitment to fairness in the workplace, job security and economic growth,” said Kelly Conklin, co-owner of Foley Waite Associates, an architectural woodworking company based in Bloomfield, NJ, and a Main Street Alliance executive committee member. “Weak customer demand is a top concern for small businesses. If pregnant mothers have to worry constantly about keeping their jobs, they’re not going to be renovating that nursery room to get ready for baby. The more we do to protect job security, the sooner we’ll see better economic growth.”

“As a longtime advocate of workers and a new grandmother, I take it personally that any woman would face discrimination on the job or lack of accommodations while she is pregnant,” said AFL-CIO executive vice president Arlene Holt Baker. “We have to stop treating working mothers as a burden and realize the contributions they make both on the job and in the home. Congressman Nadler’s Pregnant Workers Fairness Act will go a long way to supporting working moms and their new families and the AFL-CIO is proud to stand behind it.”

“The PWFA simply would require employers to extend the accommodations they already provide workers with disabilities to their pregnant employees,” said Emily Martin, vice president at the National Women’s Law Center. “By making these reasonable adjustments, pregnant workers could work longer under safe conditions and provide for their families. And employers would retain their trained workforce and avoid the costs of high turnover. This is a win-win proposition that Congress should support.”

“Pregnant Workers Fairness Act is common-sense legislation that would help prevent blatant discrimination against pregnant workers and enable millions of women, particularly those in low-wage and physically demanding jobs, to keep working and supporting their families. No pregnant woman in this country should have to choose between her job and a healthy pregnancy,” said Dina Bakst, president of A Better Balance.

“Legal Aid Society-Employment Law Center is pleased to endorse the Pregnant Workers Fairness Act. Seventy-five percent of women in the workforce will become pregnant while employed. Yet far too many women are forced out of their jobs when they need them most – when they are expecting a new child. California enacted reasonable accommodations for pregnant women in 1999, and the law has been used countless times to enable women to keep their jobs and support their families while maintaining healthy pregnancies. The Pregnant Workers Fairness Act is a common-sense public policy. No woman should have to choose between her health and her job,” said Sharon Terman, senior staff attorney at the Legal Aid Society-Employment Law Center.

“Legal Momentum strongly supports the PWFA,” said Elizabeth Grayer, president of Legal Momentum. “This bill provides long overdue safeguards that are particularly important for women working low-wage jobs with few benefits or flexibility, and for women working in non-traditional occupations. No woman should have to choose between a healthy pregnancy and supporting herself and her family. Reasonable, necessary accommodations for pregnant workers benefit employees, their families, and ultimately workplaces overall.”

“The economic health of most American families is dependent on working mothers. Seventy million women work outside the home, and three-quarters of them will have children during their lifetime. These women will work through their pregnancies, in fact they must to make ends meet. The last thing an expecting mom should have to worry about is job security, but far too many women face discrimination directly because of their pregnancies. That’s why we need the Pregnant Workers Fairness Act. We need updated tools to ensure equal opportunity for all working women, which in turn will improve the bottom line for American families,” said Lisa Maatz, director of public policy and government relations at the American Association of University Women.

Disclosure: Above information provided by office of Senator Bob Casey.