Home Expired Giveaways Get Ready for Shark Week with Sharkopedia: The Complete Guide to Everything Shark (Book Giveaway) #SharkWeek

Get Ready for Shark Week with Sharkopedia: The Complete Guide to Everything Shark (Book Giveaway) #SharkWeek

Dislosure: This is a sponsored review. A book was provided for review & giveaway courtesy of Time Home Entertainment & Discovery Channel. All opinions are my own. 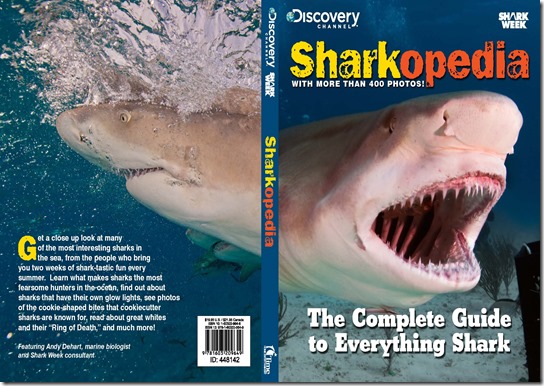 “TIME Home Entertainment, Inc has teamed up with Discovery Channel to create Sharkopedia: The Complete Guide to Everything Shark—a book full of captivating photos and the coolest facts about the world’s most astonishing and feared creatures.

This 192 page full-color book includes over 400 vivid photos and offers a wealth of information about the nearly 500 species of sharks. Sharkopedia is the ultimate comprehensive resource for shark fans of all ages and explains everything there is to know about these amazing underwater predators.  Its chapters dive into areas such as: 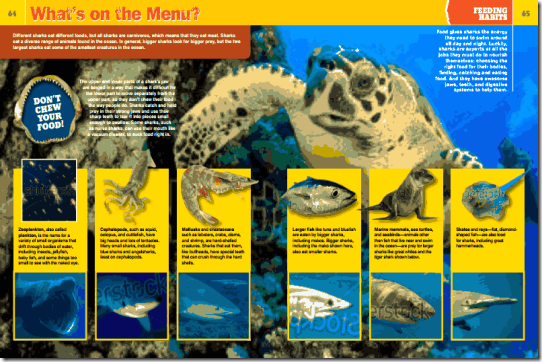 In addition, Sharkopedia is filled with information about some of the most infamous sharks, including the Great White, Bull and Tiger. Learn about the two fastest-swimming sharks, how some sharks get their teeth cleaned, and why tiger sharks are known as “garbage guts.”

Readers will get a close-up look at what makes sharks the most fearsome hunters in the ocean, read about the Great White “Ring of Death,” and much more.”

“New advances in technology have allowed scientists to learn a great deal about sharks and one thing is abundantly clear – sharks are not the mindless monsters of the deep that many thought them to be,” said Dehart. “Whether you are fascinated or frightened by sharks, Sharkopedia showcases these amazing animals and allows us to captivate audiences year round outside of the water.” 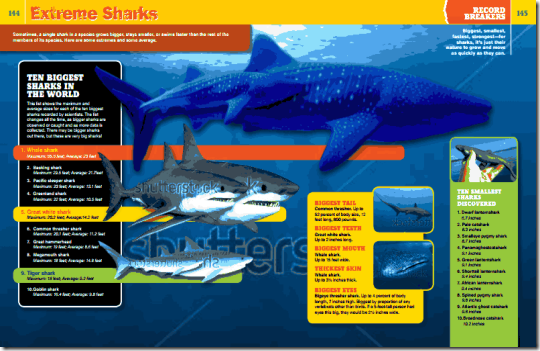 My kids & I have been having an awesome time checking this book out. It has such an abundance of information that it’s going to keep us busy for months. There is information on: Shark anatomy, shark orders, different types of sharks & their traits, their teeth, their social network.. any question you have about sharks can probably be answered with this book.  Every page is filled with amazing photographs of these creatures. Some of them seem as though they could jump right out of the pages.

To put it shortly, this is the kind of book that if you read it as a kid you’d remember it your entire life. It’s that cool.

Want to win your own copy courtesy of Discovery Chanel?? Scroll down to enter!

Sharkopedia (Time Home Entertainment, Inc.; $19.95 US) is available at www.sharkopedia.com and wherever books are sold.

My personal suggestion is Amazon.com where you will currently find it for only $14.36 plus free shipping (on orders over $25) This would make an AWESOME gift for any shark lover.

Discovery Channel’s Shark Week, which first aired on July 27, 1987, is a weeklong series of feature television programs dedicated to sharks held annually. Originally developed to help the average person have a greater respect for sharks, Shark Week is now broadcast in over 72 countries. Learn more & find tons of videos here: http://dsc.discovery.com/tv-shows/shark-week  or connect with other fans online at: https://www.facebook.com/sharkweek

Prize: 1 Reader will win their own copy of Sharkopedia: The Complete Guide to Everything Shark

#1 Scroll down to the comment section directly on this blog & leave a comment telling us what your favorite type of shark is!

#2 Fill out the Rafflecopter form (it’s a form & will pop up after a minute under this text).

Disclosure: I received the above product in order to facilitate this review. Information & images provided by Time Home Entertainment & Discovery Channel. All opinions are my own. Your experience may vary. This post contains affiliate links. Any profit incurred from such links go back into running this site & Facebook page. Thank you for understanding.