Shortly after I turned 19 I moved out on my own. I had been living with my Grandparents for a year or so before that. I had a semi-rough life and I guess you could say I was hard to tame by that point. I didn’t want to listen to anyone. I was old enough to do what I wanted, or so I thought.  At the time my Grandmother had been circling jobs for me in the newspaper which was aggravating to no end, and on top of it they’d been telling me to come home by 9pm. 9pm! That was laughable to me. I was done with school so I thought that somehow meant I was an adult. So out of sheer spite I took one of the jobs my Grandmother had circled for me & within 4 months I was moving in to my own place. Oh yeah I was going to show them all! They begged me to stay but no! I was tough, I was mature.. I could handle anything & no one could tell me what to do.  So I left the comfortableness (that I didn’t recognize at the time) of home, where I could have stayed rent free & went to nursing school or regular college & I struck out on my own. Let’s just say things didn’t exactly go as I had imagined they would. If you’ve ever seen 2 Broke Girls on CBS (airs Mondays at 8:30/7:30C) Max totally reminds me of myself.

For 13 long years I live in the same place, and for 13 years I was what you could call a Broke Girl. Oh yeah I started out tough but it wasn’t long before I was heading to Grandma’s house every few days to grab food out of the freezer because we had nothing to eat. I was bumming cigarettes (Thankfully I’ve quit) from neighbors, drinking the cheapest beer you could buy, and for many months at one point in time I lived off Ramen noodles or the kindness of those same neighbors who gave me their leftovers. Along the way I had at least 20 roommates, only about 2 or 3 of which actually ever paid their rent on time. We did a lot of unscrupulous things back in the day just to get by. Believe it or not I was probably the most mature out of all of them, and well.. I’m no saint. Things were pretty crazy for a long while.

It’s funny because here it is almost 20 years later, I’m married, I have 3 kids, I’m still pretty broke.. but guess where I’m living? Yep, in Grandma & Grandpa’s house. Right back where I started. If they could see me now I bet they’d be laughing for being so stubborn all those years ago.   Now that I’m a little older (I still feel 19 at heart) I’ve wised up a bit & of course if I could go back in time I’d have taken all the advice my Grandparents gave me from the very beginning.  Now that I’m a Mom it’s my goal to keep my own kids from making the same mistakes. I still have a few more years to figure out my approach thank goodness.  In the meantime though I can watch 2 Broke Girls and get a few laughs remembering how it used to be & all the similar things we did to get by.

Were you or are you still a Broke Girl?  If so, like me you’d probably relate well to the characters on 2 Broke Girls, which by the way is moving to a new time slot starting tonight! 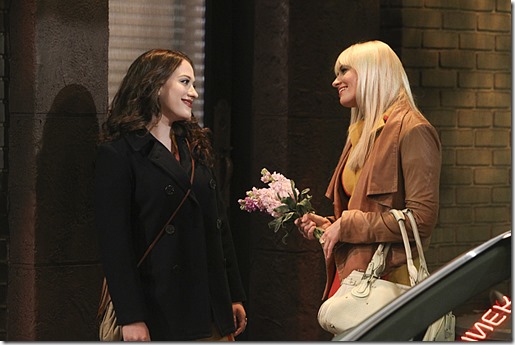 2 BROKE GIRLS is a comedy about the unlikely friendship that develops between two very different young women who meet waitressing at a diner in trendy Williamsburg, Brooklyn, and form a bond over their dream of one day owning their own successful cupcake business.  Only one thing stands in their way – they’re broke.  Sarcastic, street-smart Max Black met the sophisticated, school-smart Caroline Channing when the uptown trust fund princess was having a run of bad luck due to her father’s Wall Street scandal, which caused her to lose all her money and forced her to give waitressing a shot. 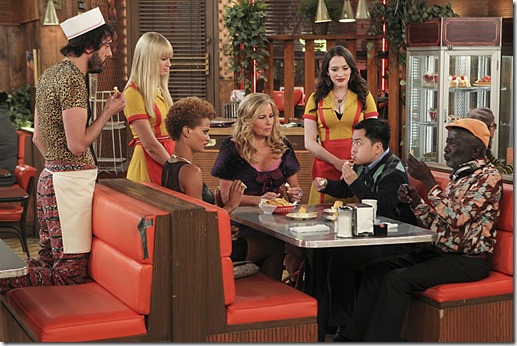 At first, Max sees Caroline as an entitled rich girl, but she’s surprised to find that Caroline has as much substance as she does style. When Caroline discovers Max’s knack for baking amazing cupcakes, she visualizes a lucrative future for them and they begin to save money to reach their start-up money goal of $250,000.  As the girls’ cupcake tally expands week-to-week, they become closer to their goal and to each other.  At the diner they are surrounded by their offbeat, colorful “work family”: Oleg, an overly flirtatious cook; Earl, a hip 75-year-old cashier; Han, the eager-to-please owner of the diner; and Sophie, the girls’ outrageous upstairs neighbor. As Max and Caroline climb toward their goal, we see that their “smarts” plus their “hearts” might just be the recipe for success.

This is a sponsored post written on behalf of Role Mommy Writer’s Network.