“On September 14, 2012 I was told to go to the hospital by my doctor (Dr. Gorsuch) to be induced. He was concerned that I may have preeclampsia and was at risk for many things that come with the complications of high blood pressure.

I left the doctors office and called my fiancé (Eric) and all parents involved. Eric met me at our house and we packed our things and headed to the hospital. After a while of waiting we were told we might not be induced because all signs pointing to preeclampsia were no longer a problem. I didn’t have high blood pressure, my protein levels in my urine were good and all I really had was a headache (that I had woken up with). But, the nurse ordered us an ultrasound to make sure baby was ok and we stayed for that. Fearing that we may have to wait out the rest of the pregnancy (I was 38 +3) we began to tell our families to never mind driving up to the hospital. 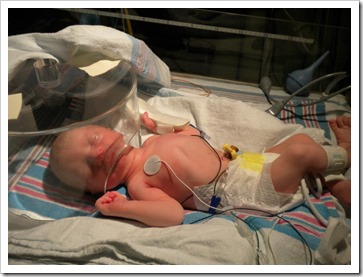 We got our ultrasound and saw our smooshed faced little girl looking very cramped inside my belly. The ultrasound tech was quick and we were in and out in 10 minutes or so. When the nurse came down to retrieve me she mentioned that my amniotic fluid levels were very low, at 2.9. I had no idea what that meant, the instructor for our prenatal class never said anything about low fluids. So, the nurses began to hook me up to an IV and said they would call my doctor again. After more waiting the nurse told us that we would in fact be getting induced starting with Cervadil (a small snake like paper medication inserted around the cervix to soften the cervix, I was still only at 1 cm). So, we got settled into our room and the Cervadil was inserted. We prepared our parents (again) and started the process of labor. Or so we thought…

That night the Cervadil medication combined with the low fluid levels made our baby girl toss and turn onto her umbilical cord making her heart rate dramatically dip many times. This caused quite a raucous and much fear in Eric and myself. The nurses decided to take out the Cervadil and try a “Cook Balloon.” The Cook Balloon is a small balloon inserted into the cervix with a plastic wand and then blown up to “ripen the cervix.” This was quite possibly the worst part of the whole process. I was still very firm and the placement was tight and painful. The blown up balloon was equally as painful. Soon, after they were placed I was told to take an Ambien and tried to go to sleep. I was being woken up every 4 or 5 minutes by terribly painful contractions that only subsided after I would go to the bathroom. I then asked for pain medication and was given a dose. I got more sleep at this point. But, was abruptly woken again by the beeping of our monitors. The baby’s heart had started dipping again. 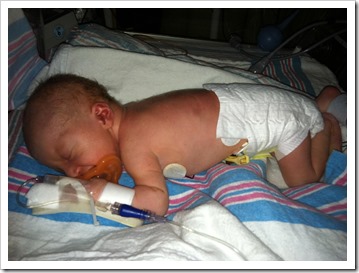 After the nurse attempted to find the baby’s steady heartbeat for 3 or so minutes she called in more help and soon our whole room was flooded with nurses and on call doctors. Eric was awake for this and we were both completely confused. I was given a mask of oxygen and told to get on my hands and knees to help the baby off her cord. They broke my water while putting in a fetal heart monitor directly on her head. And then added a plastic tube to filter in some fluids. The balloons had been pulled out and the contractions had slowed considerably but I was still only at 2cm and the on call doctors were not happy about it. So, they called my doctor and had him make the decision to do a c-section. The baby’s heart rate was not staying strong at this point.

The rest is a whirlwind of nurses, doctors, anesthesiologists (with a thick Russian accent) and Eric’s scared eyes. I cried more than ever at one point but realized not being able to breathe wouldn’t help anything. So, I let them stick a large needle in my back and give me a spinal anesthetic. I laid down on a table and just kept asking for Eric. Finally, he was by my side. We were both crying as the doctor and his assistant talked their way through the procedure. I’m pretty sure the morphine I had taken along with the wearing effects of the Ambien were making me loopy and more out of it then I had ever imagined being. I’d have to say I’m happier about that because I may have been in some serious hysterics without them. 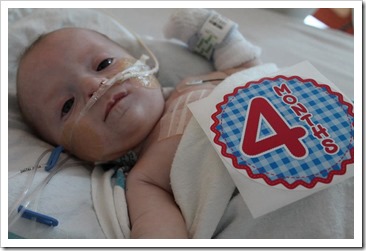 After what seemed like 2 seconds they had Kylee out and on the table being cleaned off. They said she was fine, but very very small. I was, again, so confused. How could she possibly be so small? I was huge, I ate all the time, and I drank so much water. Nothing made sense. Eric was able to hold her for a brief minute and then they took her to NICU where they tested her for any problems and gave her oxygen. Everyone could see her, except me. I was stuck in a room with a Magnesium drip (which makes you itch like hell and feel generally crappy) and couldn’t feel my legs.

Eric and his parents went and looked at her, gave her kisses and took pictures. Only to discover that she had 3 thumbs! How very odd. The doctor said he was not at all concerned by the extra appendage and that it’s usually a genetic defect. The doctor said the only problem she had, was that she was too small and needed to put on some weight before she could leave, about 5-6 days. During this time my parents showed up with my brother and step mom as well. I loved seeing my family so excited and although very tired they put me in a much better mood. Brining me love and hugs and well wishes. 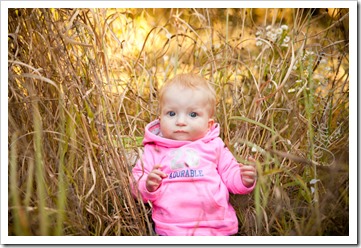 Today she’s just over 1 year old and only weighs 14 lbs. 10 oz. and is 26” long. She had heart surgery in January for a hole in her heart and has a genetic deletion in her 17th chromosome. She’s small but mighty and definitely lets you know when she doesn’t like something. She’s changed our lives and made us see how strong we can be. “ 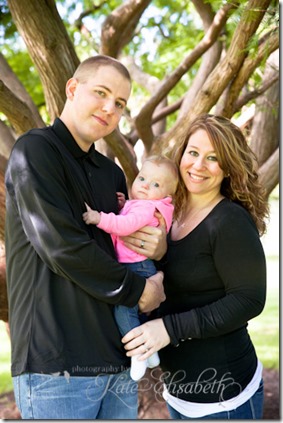 A big Thank-you to Jessica for sharing her story with us!