Parents: Taylor and Jelani A.

“I am 20 years old and was never supposed to have children. When you are born with medical issues like me, you tend to learn to accept bad news. With all my surgeries, chemo and other meds, and organ/gland failure, I was a master of dealing with really hard decisions. When I had stopped having a period for a year my doctor sat my down, like they had so many times before, and gave me the bad news. I have to say, this news knocked the breath out of me. I had always wanted to be a mother and to have that robbed from me because of my own body was as bad as it got. Even though it was a hard pill to swallow, no pun intended, I eventually got over it…. Sorta. 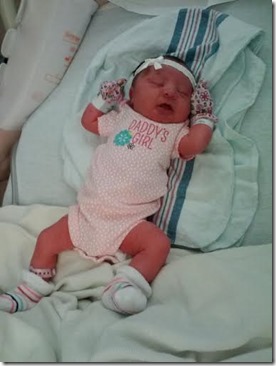 One week in January I was feeling very ill. I was throwing up every morning and I felt like pure crap. I thought I had contracted a stomach bug that my mom recently had. When I catch an infection, sickness, or anything for that matter I have to go to the ER. It’s standard procedure when you’re on chemo. So I’m waiting in the ER, getting ready to take my one millionth CT scan when the nurse comes back and says, “that’s no stomach bug, you’re pregnant!” I said, “no I’m not.” She laughed and said, “yep, sure are! About three weeks.” I was dumbfounded. I kept arguing with her, telling her there must me some mistake. The nurse told me to not get my hopes up; that with all my problems the pregnancy wouldn’t take. So I made an appointment with my doctor and waited the five weeks before they would see me. That was the longest month and one week of my life. I just knew one day I would wake up and see blood and know that this was it. But it never happened…

I went in to see my doctor, and there it was. Heart just a beating! I felt my own heart beat with that little blip on the screen and I fell in love. Me and my fiancé just looked at the screen, mesmerized by what we had created when no one else believed that we could. We were ready to start this journey together, no matter how hard it would be. 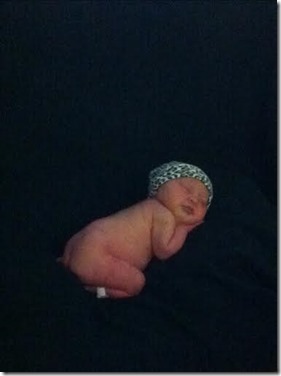 I was put as a high risk pregnancy from day one. I immediately stopped all my medications and weaned myself off the pain meds I had been taking for years because of my chronic pain. Other than the terrible morning sickness I was blessed with ‘til 18 weeks, my pregnancy was pretty uneventful. At 20 weeks, me and my fiancé found out we were blessed with a healthy baby girl. My heart was filled with joy once again as I started to imagine my big beautiful eyes and curls on a precious little girl. We were so excited we bought things right away. Everything pink!

At 29 weeks, I was on my way to my high risk doctor and I kept having these painful, tight cramps. I thought they were Braxton hicks, but when I got hooked up to the monitor at the doctor they were real contractions happening every five to seven minutes. I was terrified! The nurses got me on the table and checked my cervix only to find out it was very short. 2.0cm. To be exact. They did a FFN and it was negative, but I was still put on very strict bed rest. That night my contractions got worse and more painful. By the time I got to the hospital they were two minutes apart. They stopped my labor, but only for a couple of days. Every four days or so I would be right back in the hospital, all the while my contractions were happening. Every day I was in excruciating pain from the contractions. Between the eight bags of magnesium and the terbutaline, I was miserable to say the least. 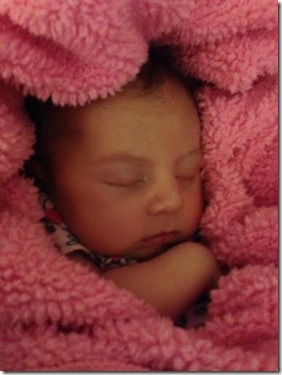 I did this for five solid weeks. I was in labor for five weeks! Can you imagine? They gave me steroids to strengthen Jayleigh’s lungs and organs because she could come any day. At 34 weeks, I went into the hospital for the final time. When they put me on the monitor they noticed that Jayleigh’s heart rate would drop dangerously low every time I would have a contraction. They called it late development and since I was having contractions all the time, it was dangerous for her. Not to mention, I had gotten tremendously sick from my pregnancy and my blood pressure was dangerously high. They decided to do an emergency C-section the next morning. I was happy I was going to meet my angel, but scared to death of what condition she would be in when she got here. They told me to expect two weeks in the nicu at least and her not to be able to breath on her own for a while. We didn’t sleep at all that night.

I was given a spinal block and lots of meds to calm me down. I was nervous and shaking on the inside, but I tried not to show it. Jelani was being strong for me as well, but one look into our eyes you could see the fear staring back at you. I laid there and prayed. Prayed for me, prayed for Jayleigh anything to get my mind off of what was happening. Jelani was holding my hand and telling me everything was going to be ok. I could feel the pressure of the doctors digging her out of me and then there she was. She let out a cry that could be heard around the world. It was the most beautiful sound I had ever heard. The rushed her over to the nicu nurses and Jelani went to see her. All I could ask was, “Is she ok? Is she breathing? What does she weigh?” No one would answer me for the longest time and I got so scared. Finally, I saw Jelani holding our miracle. She was 6 pounds 0.5 ounces and was breathing all on her own. As Jelani gave her to me, he started to cry and he said, “Babe, the nicu nurses left. She’s healthy with an APGAR of 8/9. She’s a miracle.” I couldn’t believe what I was hearing. My baby, born at 34 weeks, didn’t have to go to the nicu at all! I was so relieved and all I could do was cry and kiss this beautiful gift that was given to me. 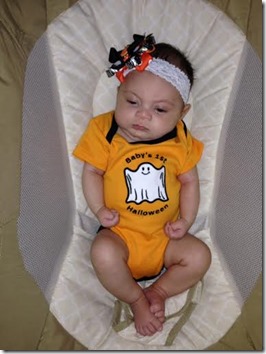 Jelani and Jayleigh went to go wait for me in the recovery room, but when they left I started to feel really weak. I was bleeding out and the doctors were having trouble stopping it. I was almost to the point of passing out and needing a transfusion when they finally got it to stop. I was finally rolled out and I got to really hold my angel for the first time. At that moment I knew that even though I had been through hell, I was supposed to be a mom. That was my calling in life. I would do everything in my power to be everything I could for her. She was a fighter just like her mommy and I vowed to make sure her fight wasn’t in vain. My Jayleigh Grace is my world and always will be. I will not have anymore children, it’s too risky for my health. But I will always have my Jayleigh and that’s enough for me. “

A big Thank-you to Taylor for sharing her story with us!