Progesterone May Be Key to Preventing Recurrent Miscarriage 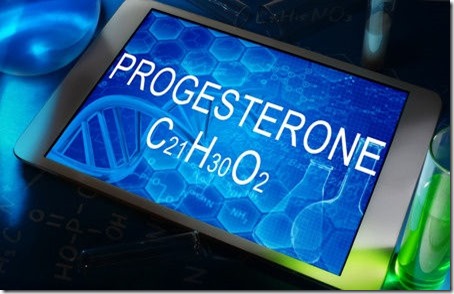 New Haven, Conn.—For women who suffer multiple pregnancy losses in the first four to six weeks of gestation, the hormone progesterone could offer hope for a successful birth, according to a new study by Yale School of Medicine researchers and their colleagues at University of Illinois at Chicago.

The results are published in the current issue of Fertility & Sterility, the international journal of the American Society for Reproductive Medicine.

Fetal death, or intrauterine fetal demise (IUFD), affects 30,000 women each year in the United States. About 25% of all women who become pregnant have a first-trimester loss. But for some women, every pregnancy results in a loss. The researchers studied the effects of micronized plant-derived progesterone in 116 of these women who had experienced two or more pregnancy losses.

To determine whether a woman’s endometrium (uterine lining) is healthy and can sustain the embryo, the research team used the endometrial function test (EFT®), which was created by study co-author Harvey J. Kliman, M.D., director of the Reproductive and Placental Research Unit in the Department of Obstetrics, Gynecology and Reproductive Sciences at Yale School of Medicine. An abnormal EFT is associated with pregnancy failure, while a normal EFT is associated with pregnancy success. Kliman and the team focused on the ncyclinE molecular marker as a way to assess patients with recurrent pregnancy loss.

Women in the study with an abnormal nCyclinE level were prescribed progesterone two days after ovulation, when the uterine lining matures in preparation for a possible pregnancy.

The researchers believe that the progesterone caused the patients’ endometrium to produce more endometrial secretions.

“The endometrium feeds the baby up until the eighth week of pregnancy. Then at 9 to 10 weeks the mother’s blood takes over to feed the embryo,” said Kliman. “In this subset of women experiencing multiple early miscarriages, we assume that their embryos were literally starving to death,” Kliman added. “They attached, but they were not getting enough food. When we give progesterone back to these women, the endometrium makes more nutrients and prevents their pregnancy loss.”

Kliman said he initially created the Endometrial Function Test (EFT®), which uses the nCyclinE marker, to identify women with infertility.

“This study has shown that the EFT can also be an important tool for patients with recurrent pregnancy loss,” he said.

“We are very pleased to find that these results reinforce the evidence that progesterone could be a very beneficial, inexpensive, and safe treatment for many women with a history of recurrent pregnancy loss,” said Stephenson. “The positive results show us that next we need to study progesterone as a treatment for recurrent pregnancy loss with a prospective randomized trial to validate the findings.”

Other authors on the study included Dana McQueen, M.D., and  Michelle Wintes, M.D.