The day my son was born, November 22, 2010, was the best day of my life, hands down. However, I made a very poor choice that day. Rather than listening to myself, and doing something the right way, I allowed myself to be led another direction. And I hurt someone that day. It does have a happy ending, though. Please, try not to think less of me, or judge me too harshly. We all do make mistakes. And the only forgiveness I have sought is that of the person I hurt that day.

In order to tell you my birth story, I have to also tell you my pregnancy story.
In March of 2010, I restarted a relationship with my 4+ year on-again-off-again boyfriend John. John is a good guy. Not real good at communication or relationships though. He’s super responsible, a hard worker, and honest. But he has a way of talking to people as though he is either bullying you, interrogating you, or talking down to you. In my heart of hearts, I do know that it is not his intention to come across this way. But it can be irritating, and since I am afraid of confrontation, it made me anxious. Hence the on-again-off-again status. I know he’s a good guy, but was just too stubborn and hard headed to listen to me when I spoke up about these things. Just a disclaimer-I am hard headed too, and I know everyone has flaws. Neither of us were pros at relationships, so we both had issues communicating about what bothered us with the other person. But we did love each other, and kept coming back together.

By the end of March, I was pregnant. Confirmed in April, at just 5 weeks on. At 6 weeks, I had a gorgeous engagement ring, and we were steady planning a wedding for June, and moving me back into his home. A week before the wedding, we had a fight. He asked me for a prenup, and I walked. Rather than talking about it, I just left. Hormones raging, I told him if he didn’t trust me than he didn’t need to marry me. I moved 3 hours away back to my moms house, and there I spent the remainder of my pregnancy.

I sent periodic emails to John about the baby; sex, size, health, etc. But I did not call him. And I did not answer his phone calls. In this time (I was 14 weeks when I left), I listened to my parents drone on and on about how his way of communicating was intentionally intimidating, and he would fight me for the child, and since he has money he might win, etc. And I got scared. Because even though I thought I knew better, all of a sudden I needed to protect this child from even the thought that these things could be true. So I overreacted. In my defense, I had to do what I thought was best for my child at the time. I was scared, so I did what I thought I had to do. I cut John off. I stopped answering emails. I ignored letters. I changed my cell number. I can only begin to imagine what he was feeling.

Then I went into labor a month early. I started having contractions at 36 weeks. Two days later my water broke and I was admitted into the hospital. My sister flew out from California, and I had my parents there with me too. I should have called John. He asked me over and over to please not leave him out of the birth of his first child. But I was so scared. This being my first child, I had no idea what to expect. I was excited, nervous, and so so anxious. My mom told me not to call. That if I put his name on the birth certificate, that he was within his right to leave the hospital with the baby, and there was nothing I could do about it. So I didn’t call. That was the worse, cruelest thing I have ever done in my life. I didn’t even name him as the father on the birth certificate. I left it blank.

I was admitted on Sunday evening about two hours after my water broke. By morning, my contractions had stopped, and I hadn’t dilated past 1 cm. So my doctor put me on pitocin and I sat there. And sat. And sat. Still nothing. No contractions. No dilating. I was so incredibly discouraged. I had a plan for a natural birth. The minute my doctor said C-section I cried. I knew my water had been broken for 24 hours and there was a risk of infection. I knew my baby was early, and I was so scared something would be wrong. And I was scared of surgery. I don’t like drugs. I have never even had stitches. I was terrified.

Unbeknownst to me, John showed up at the hospital. My sisters facebook said I was in labor, and he got word and drove down. I never saw him, never heard from him. My parents apparently did though. And they had security show him away before I knew of it.

22 hours after being admitted to the hospital, I had a C-section. And gave birth to a healthy, strong, crying (small) baby boy. He was 6 lbs 0 ounces. 19 inches long. And pink. And perfect. I was so overcome with joy and emotion. I couldn’t believe he was there. I knew the moment I saw him that it was my calling to be a mother. I always wanted to be. It was my dream to have lots of babies and stay at home to raise them. And it happened. It really was that insanely happy, perfect moment for me. 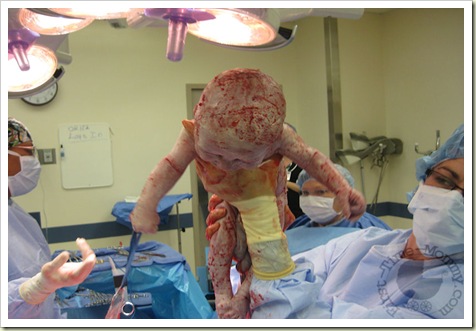 Since I gave birth at a very pro-breastfeeding hospital (they don’t even have a nursery-all newborns are co-roomed with mom unless they are nicu) , I was able to nurse Jack within an hour. I had a ton of visitors. Me and baby were released with no problems just three days later.
I assumed that I would hear from John wanting to see the baby. I was prepared to tell him to take me to court, and he would get visitation once he went that route. My parents ever offered to pay for the lawyer. I thought I had it all figured out. But I did post pics on facebook, and left my page open. I thought he might look at the pics. So I thought I would hear from him fairly quickly. I didn’t. It was weeks before I got an email. He told me what my parents did at the hospital. How he didn’t want trouble, just wanted a few pictures and to send a Christmas present. He was scared. I thought I was supposed to be scared of him wanting the baby, but he was scared I wouldn’t let him see him. That I would call the police or press charges or something. I felt like a monster. 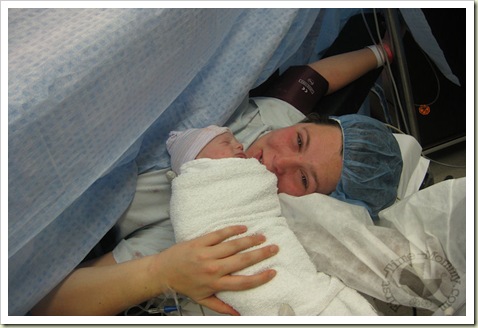 I finally talked things through with my parents, and within a few weeks, he came and met Jack. It was beautiful, and in that moment, I was no longer scared of anything. I was angry at my mother. I was so disappointed in myself. But I was so happy for John. And I finally felt like I was doing the right thing for my son.

Throughout my pregnancy, John grew up a lot. He started savings for Jack. Built him nursery. Started setting aside money for child support. And he was terrified, as I understand many men are now, of being left alone with the baby. He didn’t want to take my baby. He just wanted to be allowed to see him in my company as often as I’d let him. He thought I was a good mom. He didn’t blame me for how I reacted. He wasn’t mad. He just wanted to know his son.
I wish I hadn’t allowed my family to influence me so heavily. I know it is not there fault, but I was led easily enough. And with hormones, and new mother instincts, I sought to protect from all evils, real or imagined, and I allowed them to influence me so much, that this man missed his sons birth. If I could make the decisions again, I would of course change them. But I cannot.

These days, John and I co parent really well. He is an awesome father. He never missed a weekend visit. Never. I traveled to see his family at least once a month so Jack could know his whole family. We were friends again. And now even more than that. We have worked out our issues. We have figured out to talk. We both grown a lot with the birth of our son. We are no longer angry at each other. (And in case anyone is curious, the prenup was just to protect his mothers house. I had no idea it was in his name. Or that the courts could award it to me upon a divorce. We will not be doing one this time around, but since I know that, I have ensured him that I have no interest in tossing his mom on the street.) We love each other on a whole other level. One built out of mutual respect, and care for the other parent of our child. He has forgiven me, and even my parents for how things happened. He holds no grudges.

I have learned a lot. I am working on my communication skills. I am still learning how to stand up to my mother. She is an incredibly strong personality, and I am not. But I am making my own decisions, and trusting my own instincts. I have a responsibility to do what is right for my child, and that has made me so much stronger. We are raising our son the way we want to, not the way she tells me to.

I love my family. And I am so grateful that I was given the chance to have it whole, even after the mistakes I made.

I know you only asked for my birth story. And although my c-section was scary, and the birth of my son was amazing, my birth story-my whole birth story- started at 5 weeks pregnant, and hasn’t finished evolving nearly 18 months later. I still feel a lot of guilt when it comes to the birth of my son, and someone I care about so much being hurt by something I did. I doubt that will ever go away. However, I can live with it as long as I know John and someday Jack, can at least understand why I made these decisions. An explanation is all I have to offer. Not an excuse. I do understand the difference. Thank you for allowing me to tell you my story. 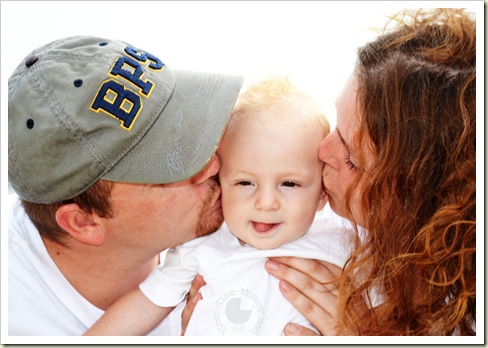 An incredibly big thank-you to Jane for sharing this story with us. It took a lot of courage.  If you’d like to share your birth story please send your story, along with 3-4 pictures to detroit.mommy (at) gmail (dot) com